- DEATH -
Marseille, France-based metalcore stars LANDMVRKS return with »Lost In The Waves« (The Complete Edition), an expanded version of their highly acclaimed studio album, which includes prominent guest features, new music, and exciting bonus content, due for release on March 18th.
The band has unveiled ‘Death’, the first new track from the expanded edition, which features guest vocals from DR€W ¥ORK of STRAY FROM THE PATH.

»Lost In The Waves« (The Complete Edition) as CD and limited colored vinyl. Complete the collection.

==> You can pre-save it here: https://arisingempire.com/completeedition »Lost In The Waves« (The Complete Edition) is full of surprises, including three brand new songs with famous features from DR€W ¥ORK of STRAY FROM THE PATH, Bertrand Poncet of CHUNK! NO, CAPTAIN CHUNK! and Anthony Diliberto of RESOLVE, as well as the full livestream set, which premiered on 2nd June last year. For the first offering, 'Death' feat. DR€W ¥ORK of STRAY FROM THE PATH, the band once again teamed up with famous videographer Pavel Trebukhin, known for his astonishing work on music videos for IMMINENCE, ANNISOKAY, NOVELISTS FR as well as visual content on the »Lost In The Waves« cycle. 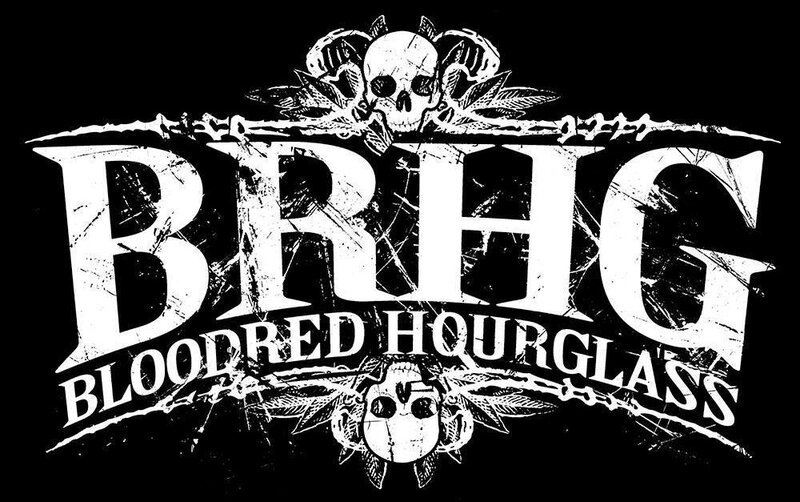 "’Fucked up Society’, deals with the feeling of being trapped in a world out of balance. The pandemic, climate crisis and current power games are everybody’s new-born reality. For us, this is a way to express the frustration of not being able to live our lives like we used to, but at the same time never giving up hope that life will get better. This strong powerful melody, rapid beats and meaningful dark lyrics, is the perfect “fuck you” to the world we live in today!" //Ammotrack

"New hometown visual just went live on our youtube. this video is a montage of some of the best nights of our lives. there was a really strange sense of irony that came with putting a new visual together for this song — a deep contrast between who we were when it was written VS who we are now.⁣
⁣
we miss hanging with you guys. we miss the moshpits and feedback and spilled beer and yelling in each others ears because the house music is way too loud"

Lifelong best friends since the age of 4, Luke Gruntz (guitar/vocals) and Ian Fraser (drums) are cleopatrick. And while they are from (and still based) in the tiny town of Cobourg, Ontario, their sound is anything but small.

A quick listen to their single “hometown” reveals devastating riffs and hip-hop inspired grooves. But closer inspection exposes the core of their mission: to restore the outspoken provocation of rock & roll through raw, abrasive honesty.

And the craziest part? It's working.

Today they share a new video for their single “hometown” which touches on what it's like to grow up in a small town feeling like you don’t quite fit in.  The clip, put together by the band, is a love letter to our pre-Covid lives of going to a show and getting into the pit. “This video is a montage of some of the best nights of our lives. There was a really strange sense of irony that came with putting this new visual together. There's an incredible contrast between who we were when this song was written vs who we are now -- and it's all thanks to this song,” Gruntz explains.

==>Today, the band also announces their first official vinyl release: a limited edition 7” single of “hometown” with cover art hand-stamped by the band. The vinyl single will be released on November 20th, and is available for pre-order now at the band’s newly-launched webstore.

All of cleopatrick’s success has developed from their parents' basements in a small town you've never heard of. Yet while their homebase may be a small dot on the map, their community is large. Along with two other like-minded-artists (Zig Mentality and Ready The Prince), the band formed the loose DIY collective “New Rock Mafia” as a means to offer support to one another. Together the group provides location based info, curated content and organizes secret events / shows within the community, all for members only. It has been instrumental in helping the band get the word out while keeping a familial feel and a safe space for fans.

Fuck whatever you think rock is, because cleopatrick is about to change it all. Rising Steel "Fight Them All" 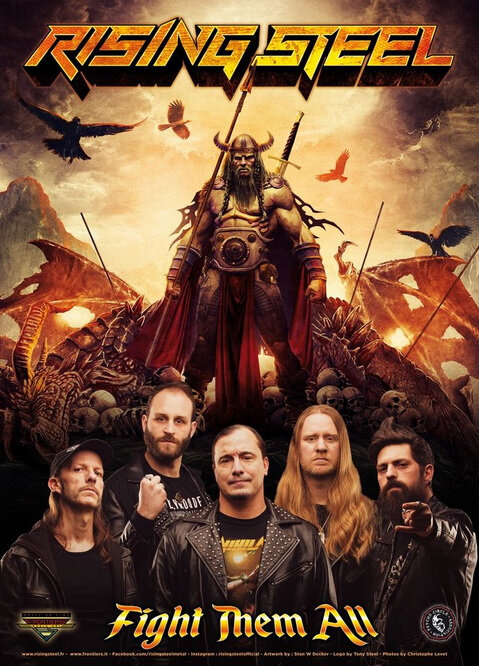 BARONESS share a new video for the song “Tourniquet” (from "Gold & Grey" album). Dubbed “Tourniquet (Socially Distant)” the footage features the four band members playing the six-and-a-half minute song at their respective homes, showcasing the band’s ability to both socially isolate and come together to share the message of unity amidst the COVID-19 crisis.

The band issued a collective comment: “Hey everyone! Here’s an as-live-as-possible performance of ‘Tourniquet’ that we made over the course of a couple days during this period of isolation. We have all maintained a rigid policy of social-distancing since becoming aware of this pandemic; which has unfortunately deprived us of our much preferred means of playing music. Throughout this crisis, the overall safety and responsibility of our global human community far outweighs the individual value of any show, festival or tour. We’re refocusing and redoubling our energy to adapt to this situation as it unfolds. As difficult as it seems to navigate the effects of this virus, the isolation has not stripped us of our passion for Baroness’ music. Playing music so far from our bandmates will never be particularly natural. However, the experience of making this video through emails, texts and phone calls has been a powerful reminder of how inspiring and invigorating music can be in times of stress, struggle and confusion. We hope you enjoy this performance. It isn’t meant to highlight musical perfection or precision. Personally, it serves as a reminder that, no matter what situation we face, we are still able to enjoy friendship, family and community through something as simple as a song. Isolated but never alone…  Baroness.”

The video closes with a message to fans: “Be safe. Be good to each other. Act with personal and civic responsibility. We’ll see you again soon.” ==> June 15th will see the release of "My Midnight Things" via Metal Blade Records, which can be pre-ordered at metalblade.com/lizzyborden

Lizzy Borden comments: "With 'The Scar Across My Heart,' I wanted to explore those kinds of relationships that tattoo your soul. You're forever linked to this person, even though it can never be for one reason or another. 'We bury all our yesterdays and try and drink these scars away' - I'm talking about a no-hope situation, a never-meant-to-be situation, but I'm still singing 'We're gonna make it now.' I'm always looking for that human reaction no matter how delusional or unrealistic." From September 27th, 2017 onward, Ensiferum will present Two Paths live on stage, splitting their European tour into two parts. The first part will be in September with six dates in three countries, and then in April 2018 there will be an extended tour through many more European countries. In between that time, Ensiferum will visit all other continents.