'Slayer is devastated to inform that their bandmate and brother, Jeff Hanneman, passed away at about 11AM this morning (05.02.13) near his Southern California home. Hanneman was in an area hospital when he suffered liver failure. He is survived by his wife Kathy, his sister Kathy and his brothers Michael and Larry, and will be sorely missed'

I was given the chance to meet him and Kerry, Dave in Paris in 2009, to have a drink and a very nice time after press conference.

Jeff Hanneman was a great guitarist and a very sweet, friendly man !!!

Our heartfelt thoughts are with his family, his bandmates and brothers 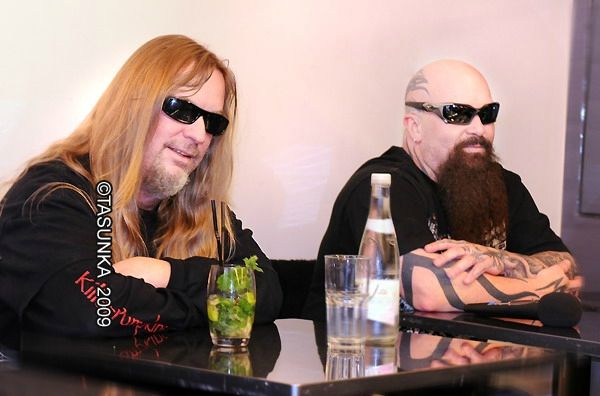 Commentaires sur Jeff Hanneman - SLAYER - Passed Away - May He Rest In Peace !!!